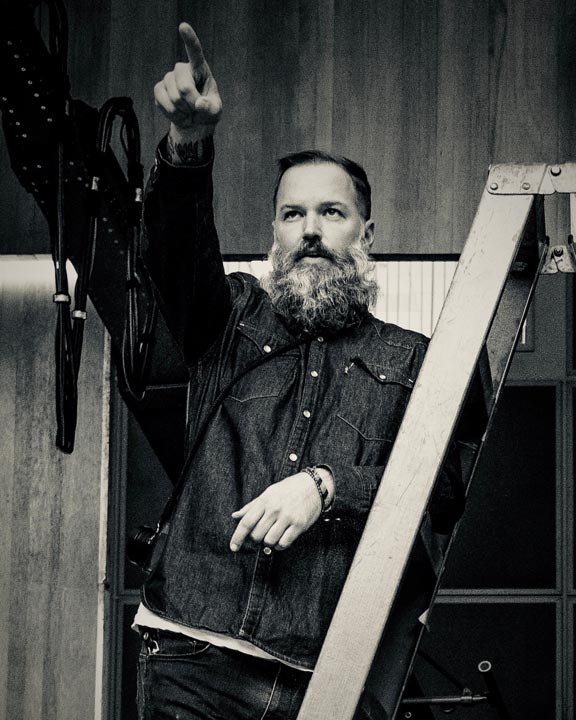 4Zach Merck is a film and commercial director for the Ridley Scott Creative Group under the guidance of the amazing Jules Daly, David Mitchell, Traci Norfleet, Tom Moran, and Ridley Scott.   As a filmmaker, he works tirelessly to find unique, authentic stories and interesting people that take us to the far corners of the planet.

Merck’s father was a movie theater manager for a prominent theater chain. So as a kid, he was practically raised in a movie theater.  Some of Merck’s earliest memories are of those early celluloid adventures, where he absorbed a steady diet of Spielberg, Lucas, Ridley and Tony Scott.

The DAWN OF NOSTALGIA movie poster collection is an incredible selection of U.S. one sheets, half sheets, inserts, and imports that date back to his father’s very first days as a movie theater usher.  Merck’s dad was a collector, so he naturally started keeping one or two movie posters for every film that came through his theater.  When his dad passed away in early 2003, he had accrued close to 2,900 individual titles from artists like Drew Struzan, Bob Peak, Richard Amsel, Frank Frazetta, Tom Jung, and the great Saul Bass…just to name a few…and he handed this collection down to his son.

Merck’s award-winning feature documentaries include For the Love of Music: The Story of Nashville (ABC), Racing Under Green (Discovery), Six Beers of Separation (Fox Australia), The Art of Walking (Nat Geo), and Punk Like Me (SXSW Audience Award 2006).  His short film, the sci-fi camp epic The Price on Henry James’ Head, did a healthy run of festivals all over the globe.  Next up is a nostalgic 1980s-inspired horror film called The Chattering, as well as an exciting thriller called Sneakers, based on the short story by Stephen King, both produced by Tom Moran for Scott Free Films.