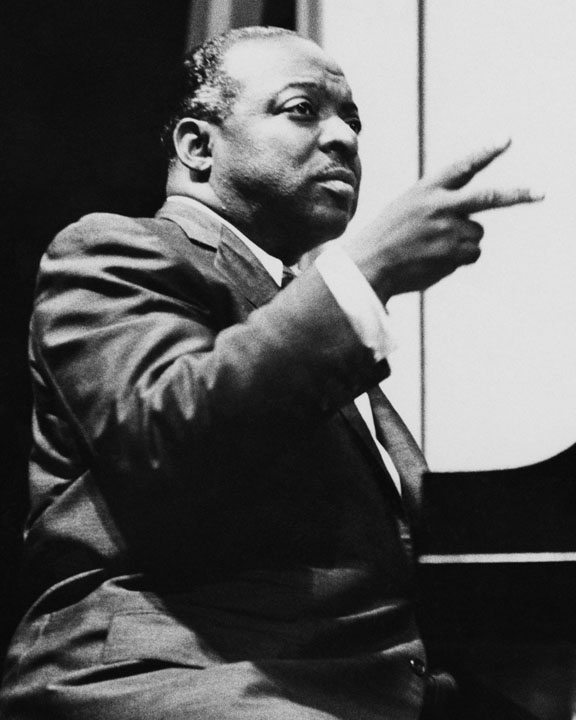 Many years ago, renowned jazz photographer Bill Spilka—who joined Metronome magazine’s photographic staff in 1955—lost most of his original negatives in a fire. Fortunately, he had retained vintage prints of some of his favorite shots of prominent jazz musicians, like Chet Baker, Miles Davis and Buster Bailey, but the rest were thought lost forever.

But in 2014, Limited Runs’ founder Pierre Vudrag, was granted access to comb through Metronome magazine’s long-untouched archives, currently housed by Getty Images, where he uncovered long-forgotten photos—including a number of Spilka’s photographs, some of which had never been seen by the public.  Including a photo of Frank Sinatra taken during a rare reunion performance with the Tommy Dorsey Orchestra held at the Paramount Theatre in New York City in 1956 (the same year Sinatra filmed “Johnny Concho”).

Not only has Limited Runs rediscovered some of those long-lost photos, advances in digital technology allowed Spilka’s personal prints to be scanned and, in some cases, restored to better-than-original quality and made exclusively available as fine art prints for the first time.  Each archival pigment print is reproduced to the highest quality and is individually signed and numbered by Bill Spilka.

Check out this interview with Bill Spilka reminiscing about photographing Billie Holiday: